Thank you for contacting us

Your message is important to us, we will be in touch shortly.

Please complete the form below to get in touch and we will get back to you as soon as we can.

Sign up to our newsletter for the latest news, events and offers. 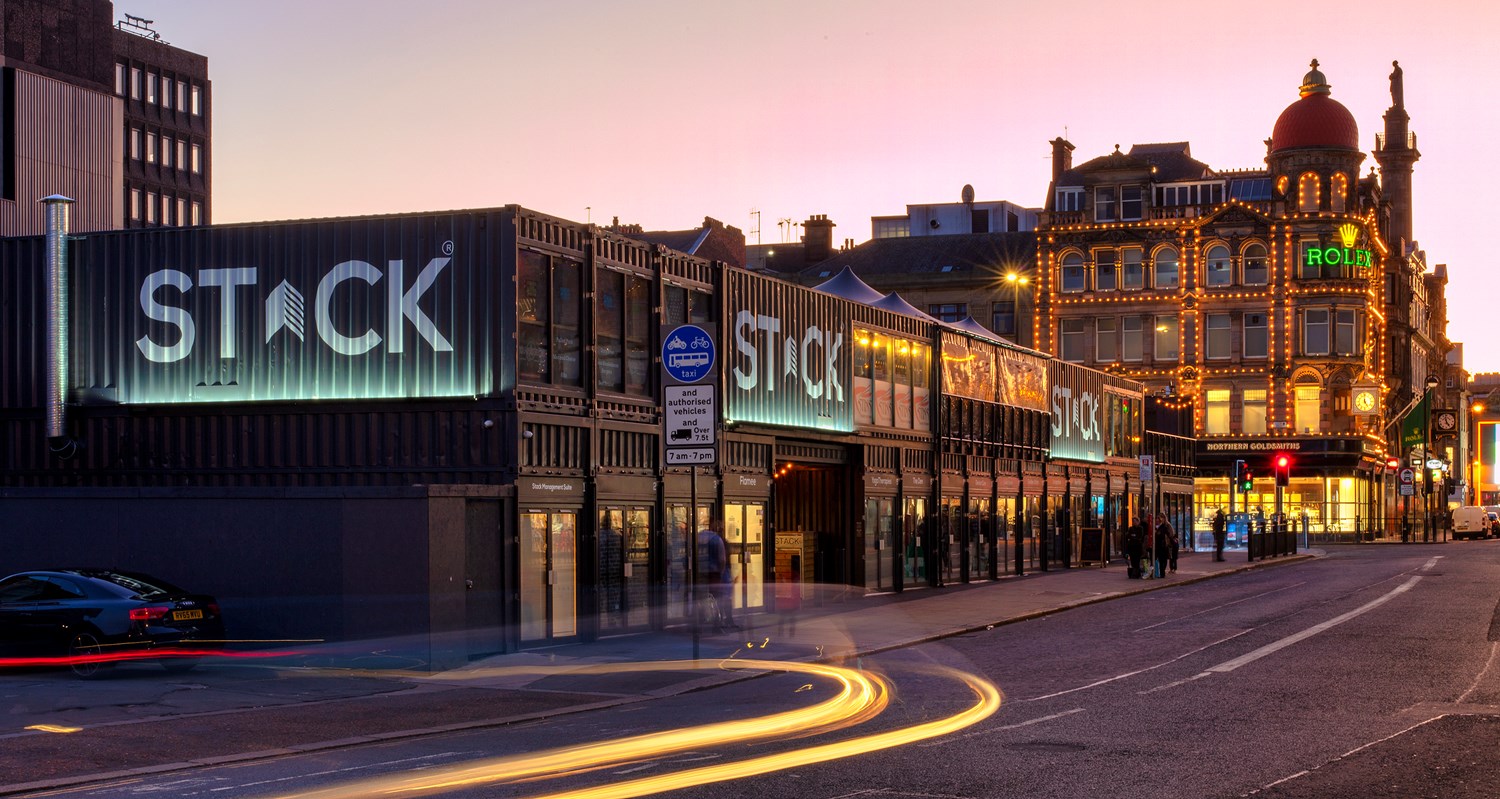 Plans to create a pop-up STACK in Newcastle this Christmas have now been scrapped.

But the news isn’t all bad – as it’s now full steam ahead with the scheme to create a permanent return to the city in 2023.

Danieli Group, which owns STACK, applied to Newcastle City Council for permission to create a temporary container village at a site in the Stephenson Quarter, behind Central Station and next to the Crowne Plaza Hotel.

But following local objections to the pop-up, the company has decided to withdraw its application and now fully concentrate on the creation of the new development.

STACK Newcastle will be permanently located at the Grade II listed building, Worswick Chambers at Pilgrim Street, which has been covered with scaffolding and netting for more than 20 years.

The new flagship venue will be split over three floors and include eight bars, seven street food units, two cocktail bars, which will also be utilised as function rooms along with a roof terrace. It will also include a central outdoor plaza area, a big screen and a stage for live performances.

When complete the new STACK Newcastle will create 160 jobs and will bring back to the city the much-loved leisure village which has been missed since the Pilgrim Street site shut to make way for the new HMRC office complex.

Neill Winch, CEO of Danieli Group said that while it was sad news that the pop-up would no longer take place, it meant the company can forge ahead with the Worswick Chambers plan.

“We know how much people miss not having a STACK in Newcastle so we are concentrating our efforts on creating what will become a flagship site back where STACK first began,” he said.

"Work is well underway on the scheme with a view to being open in winter 2023.”

In recent weeks it has announced new developments in Lincoln, Durham, Bishop Auckland and Carlisle.

“It is a period of exciting and rapid growth for the company and we look forward to continuing to roll out the STACK brand at sites not just across the North East, but nationwide.”